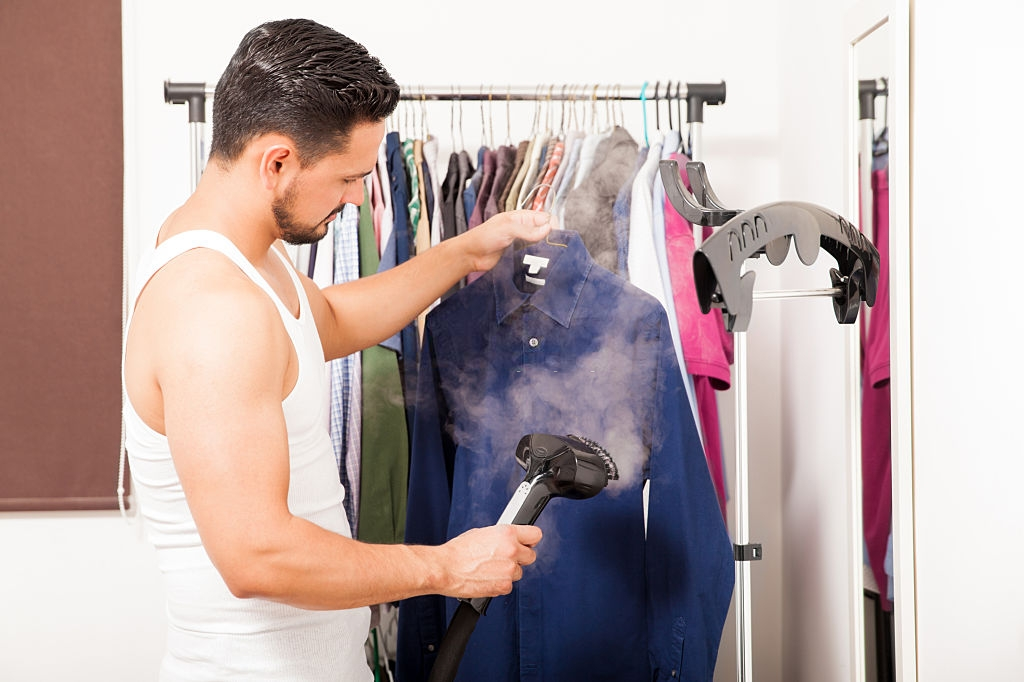 If you are always running late for college, university, or even for the office, it is inevitable for garment steamers to become a mandatory part of your life. Not only they help in reducing wrinkles from your clothes, but also they save quite a deal of your time.

That’s why people who prefer steamers over iron are mostly aware of the company named Jiffy. For all the people new to the world of garment steaming, Jiffy is a company that has been making Best Garment Steamer for domestic as well as for commercial use. It is more of a prevalent name out there in the garment steamer market.

Gone are the days when only irons were threatened by the fame of steamers, even dry-cleaning is next on the list in this age. When you have such a garment steamer, there is no need to opt for dry-cleaning.

The best thing about Jiffy steamers is that you don’t have to worry about all those temperature settings as it happens in ironing the clothes.

You just have to turn on the steamer, and you are good to go. Without making any fuss, your work would be done in no time.

As this article is dedicated specifically to Jiffy garment steamers, we will let you know of the two most famous Jiffy steamers out there.

We will explain both of these steamers in length to let you get the maximum out of this article. The first we will discuss is the J-2000 Jiffy steamer. The best thing about this one is that it may cost you a fortune in the beginning, but you would be saved a big deal of both time and money in the long run. It has got four wheels, so you don’t have to worry about mobility.

How is it Made?

These are made of extremely high-quality plastic, and the water hose is made leakage-proof. The plastic steam head is 6 inches wide and is accompanied by a 5.5-foot water hose. They don’t come with any sort of temperature regulator but do have a separate setting for different sorts of fabric being steamed.

Does it Need Frequent Refills?

No, and this is the best thing about the Jiffy steamers. As mentioned above, the water hose is made pretty sturdy and enormous, as it can store almost 1 gallon of water which is double than what other steamers present in the market, are providing these days.

Without worrying about repeated refills, you can steam your clothes continuously for about one hour and 45 minutes. Isn’t this super exciting?

You can easily steam all the bed covers, your table mats with your clothes in such a long duration, and this is true too, as Jiffy steamers, no matter which model, are made for almost every sort of fabric.

It has got a 1300 watt brass heating element, and this means that when you turn it on, the water will take no more than 10 minutes to rise to the highest temperature, most suited for steaming purposes.

The next thing about them is that instead of maintaining the same temperature for all the time, they attain a standby mode, and water wouldn’t be heated anymore. This saves the steamer and all its parts from over-heating.

We have already mentioned above that steamers can be used as a source of income, and by such a steamer, we meant the Jiffy J-4000 steamer because it is mostly used for commercial purposes.

Of course, you can use it for the domestic aspect as well, it would just work out well, but do keep it in mind that it is a bit heavier than the one discussed above. It weighs around 23 pounds, but it has got wheels, so you need not worry about carrying it all the time.

How is it Made?

This one too, like a J-2000 Jiffy steamer, has a 5.5-foot water hose and about 6 inches wide steam head, but now you would ask how they are both different? They are pretty different from one another because this one has aluminum casting rather than a plastic one. Still, you don’t have to worry about checking the water level, as they have given a slit in the corner, so you can keep an eye on it as well. This feature also makes them go a long way, so it is most certainly worth your money.

Does it need Frequent Refills?

Let us tell you the most interesting thing about this one. Unlike all the other garment steamers, this one turns out to be the Best Garment Steamer as it can be used for almost two hours continuously, so you don’t have to worry about the refill.

It can also store about 1-gallon water like the J-2000 one, but the distinctive feature is that it automatically stops working once it runs out of the water, this prevents the inner parts from over-heating.

It has got a 1500 watt heating element, so it is quite obvious that it would take almost 15 minutes to heat the water. Once the water is at the best steaming temperature, the heating element would be turned off on its own.

There are some things which should be mentioned separately, as handling the garment steamers requires some safety measurements.

The first thing is that you should avoid over-steaming your clothes, as it may save your time, but there are some cons as well in the long run, for further information you can read (The Drawbacks of a Garment Steamer).

The next most important thing is that you should avoid touching the steamer’s base after 10 minutes of turning it on because it would be extremely hot and can cause some serious consequences.

Jiffy steamers are well-known in the market for a reason, and if you are thinking of investing your money, they are all worth it.

Technicalities are my weak spot, and to have to write about them in an illegible manner is total bliss for me. My niche includes all the mechanical stuff and whatnot. Forgive me if any of my review short circuits.

Find what you are looking for