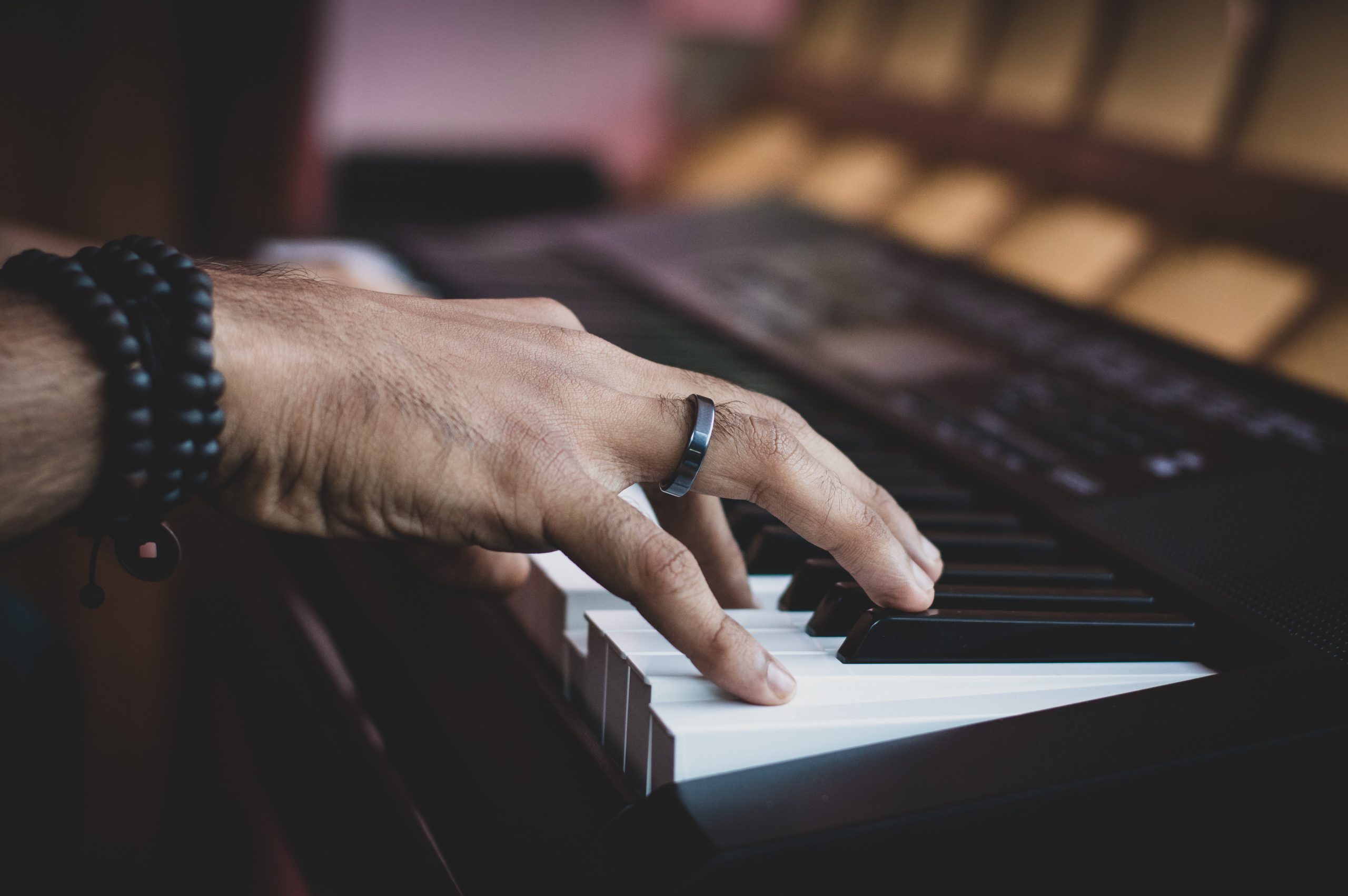 It is inevitable to discuss technology when we talk about medicine or machinery. But today we are going to observe the role that technology plays in the field of entertainment.

When technology was merged for the first time with the disciplines of science, it was evident that the time was near when technology would prove itself in the branches of art and entertainment.

This effort resulted in vast changes in the field of music and other forms of art such as painting or cinematography.

The application of technology in the discipline of music resulted in the formation and invention of many musical instruments like synthesizers, electric guitar, electric violins, and electronic pianos. But this discussion can never be completed without mentioning Digital Pianos.

Now, most of the time, people tend to confuse the two terms, electronic pianos, and digital pianos, so, for this reason, the difference between the two pianos mentioned above, would be discussed to clear the confusions regarding two entirely different miracles of technology in the field of music.

It is necessary as Digital Pianos have now been replacing the acoustic pianos and have become a mandatory part of musical schools and studios.

What is Digital Piano?

In this era, acoustic pianos have been replaced by Digital Pianos. Let us first explain this technological breakthrough to you then we would come towards its structure and working.

A Digital Piano is an electronic instrument that serves in replacing acoustic pianos and provides almost the same quality of sound.

It does not require the hammers and strings which constitute an acoustic piano, which makes a Digital Piano lighter than an acoustic one.

Moreover, since it was made for the first time, it has taken over the music markets. That doesn’t go only because it is less heavy as compared to an acoustic one but also because it is easier to operate and doesn’t require that much hard work that you need to play an acoustic piano.

The tunes are composed through acoustic pianos and are stored in the ROM of a Digital Piano, so now this gives you the pleasure of the taste of an acoustic sound.

This is another major reason that Digital Piano is used in studios and music schools and now they have almost replaced the old acoustic pianos. The imitation of the sound of an actual piano is produced most authentically so that the quality and originality of music isn’t lost.

There are so many reasons that best Digital Pianos are now a must-have part of almost every piano enthusiast.

The pros of this piano don’t end here, it is portable, easy to operate and much lighter than an old acoustic piano. Now moving towards more details, let’s discuss the structure and function of a Digital Piano:

How are Digital Pianos Made?

Digital Piano has the same structure as the keyboard of an acoustic piano, but its keys are either made of plastic or wood.

This depends on the manufacturers entirely, but most of the time piano enthusiasts go for a Digital Piano with wooden keys as they think it gives them feeling and vibes of an old acoustic piano.

It shouldn’t matter unless the quality of music and the charm that a piano has in its sound is retained without any disturbance.

The Digital Pianos don’t operate with hammers which are present in acoustic pianos instead the notes which were saved in their ROM are played and amplified through a built-in speaker.

It can be said that it is more of an electronic keyboard rather than a piano, as it plays the sounds of many other electronic musical instruments that have been discussed above.

Another most important factor in manufacturing a Digital Piano is the analog sensors, which control the volume of musical notes not only through the pressure applied to the keys but also focuses on their movement.

The keys are also made in such a way that they directly control the volume and rhythm of a musical note, hence the manufacturers try their best to maximize the features of a Digital Piano.

It is because of all these efforts that a portable and surprisingly light-weight Digital Piano can overtake an acoustic piano so that the piano enthusiasts can enjoy pianos to the maximum at the least cost.

How do Digital Pianos Work?

First of all, it has been discussed earlier that the keys of a Digital Piano have sensors that can produce the volume and rhythm of a musical note depending upon the velocity and pressure of your touch.

Then that press of the key generates a signal, which is then produced as a sound. But the steps that take place between the pressing and the production are of remarkable importance.

When a key is pressed, the signals are sent to produce the related musical note which is already saved in the ROM of the Digital Piano. This note which is saved is chosen after long hours of practicing and choosing.

The manufacturers spend multiple hours in mere production of a genuine and original sound, which is then decided to be saved in the Digital Piano.

It is important to note that all the digital pianos consist of 88 keys and 6 octaves just like the old acoustic pianos.

Then comes the role of built-in speakers. Here only one rule is followed, that no matter how loud your speakers are, it doesn’t matter if they don’t produce a smooth and candid sound rather than a loud and shrilling one.

Hence here we would conclude the entire structure and working debate, and from now on the facts and figures, and the best Digital Pianos will be discussed.

This section is extremely important for the readers who are willing to give this business a shot. We find out the pros and cons of a business through some personal blogs and marketing websites so you have more freedom to dive in and explore the business world of digital pianos. Let us have a look at some digits and give you a proper and clear idea.

The Digital Pianos are available at a price from 300 dollars to 1000 dollars which means that it belongs to both upper and middle classes. It is undoubtedly clear that pianos have always been a status symbol so manufacturers are interested in making both regular and lavish digital pianos.

Because of this aspect, this business is prospering and touching a maximum of 170 billion per year. For the upper class and studios, custom made Digital Pianos are also available which can cost you almost from 2000 dollars to 20,000 dollars.

Hence the selling of acoustic pianos may affect your business, but Digital Pianos surely promise you a big fortune as a profit.

This Digital piano tops the list as it comes under 300 dollars and gives you the professional vibes of an original one. It provides sounds of almost 5 different musical instruments such as Organ and Bass etc.

It also comes with a 20W speaker which fulfills the loud but clear sound’s criteria and the feature of lesson modes is also remarkable. Alesis is one of the most renowned brands in the world of music and is trusted globally.

Now coming to its price, it has already been mentioned that it comes under 300 dollars and is easily available on Amazon.

There’s something really exciting, if you are really on a budget you can buy the used one for only 175 dollars. Hence Alesis should be on the top of your list.

This Digital piano comes with 88 keys i.e. it has the structure of an ideal acoustic piano keyboard. The most exciting feature is that it has 480 tones stored in it so you don’t have to worry about the variety of sounds. As mentioned above, it is also included in the cheapest but best Digital Pianos worldwide.

Now let us tell you the most important feature, it comes with a stand which would give you more professional vibes and the stand’s cost is included in the total price.

If you want to choose a specific song, no need to worry at all because they got you. Lagrima Digital Piano has 88 songs installed in it so you have a long list of songs to choose from.

For data transfer, USB feature is available and it carries two jacks for headphones, so you can add this option in your list.

So now we are going to move towards a little bit of fancy and costly option, the Yamaha Digital Piano gives you a truly professional and majestic experience.

It consists of an  LCD option and a recording mode. Yamaha is famous for its brilliant and mesmerizing sound engine which captivates your fantasies like nothing else. Even though it’s a little bit of a more expensive side, yet it fulfills its price to the fullest.

It also has the USB feature and jacks for headphones. When we come to its texture, it feels beautifully ancient to fingers, and walnut and rosewood finishing just takes you back to old times.

Coming to the price, it may cost you a fortune but it is worth it. It has three modes soft, medium and hard, so it is up to you to choose any mode and start your musical journey.

Pros have been explained in this article to the fullest, Digital Pianos are portable, lightweight and come with multiple features. They do give you the same vibes as an old acoustic piano.

The price range is approachable for every class, so it doesn’t matter whether you are a professional or a layman in this aspect.

The only negative point is that it may not be up to the par for some piano enthusiasts and they may feel that acoustic pianos need to be justified.

But this is an entirely different discussion, at the end of the day you definitely can trust a Digital Piano to satisfy your hunger for a piece of quality music.

There are multiple companies, for example, big names like Yamaha, Casio and Roland are trustworthy. They also provide satisfying and quick customer service so you don’t have to worry at all.

It’s all about your budget as many small companies are willing to provide maximum features in the Digital Pianos but on an economical side.

Can we buy used Digital Pianos? Would they work well?

Yes, you definitely can buy used Digital Piano and they are easily available on Amazon. This is more justified when you are a layman in this field and aren’t willing to take any sort of risk on your money.

No, Digital Pianos don’t need continuous maintenance as compared to old acoustic pianos. Still, you may want to give them a good shine after every two months just to be on a safer side. It shouldn’t be a worry when most of the companies offer you really quick customer service.